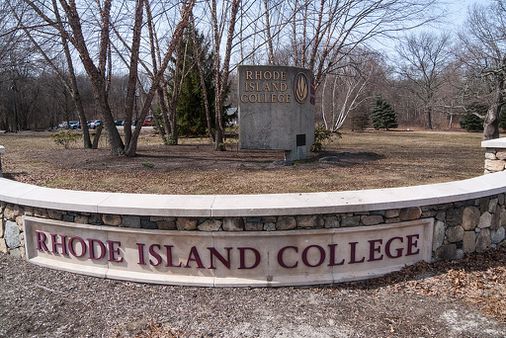 More statistics from the RI Department of Health

Get ready for another higher education shakeup in Rhode Island.

Tim Del Giudice, President of the Council on Post-Secondary Education, informed the Governor Dan McKee that he is stepping down on March 31 after serving two three-year terms on the board.

Get the Rhode MapA weekday briefing from seasoned Rhode Island reporters, focused on the things that matter most about the Ocean State.

In a letter to McKee on Thursday, DelGiudice wrote that the Community College of Rhode Island’s Rhode Island Promise scholarship, expanding workforce training programs, and hiring Shannon Gilkey as academic commissioner post-secondary education were among the board’s major accomplishments during his tenure.

He told McKee in January that he planned to step down, citing increased professional obligations (he is associate director of government relations at Raytheon): “As my professional demands increase almost daily, I must inform you that on March 31, 2022 , will be my last day as a council and school board member,” he wrote. “I hope my notification in January and again today has given you enough time to choose a new chair of the Council on Post-Secondary Education.”

The bigger picture: McKee now has an important decision to make before election season. The post-secondary chair is a role that goes under the radar, but this person will have a say in the search for a new president at Rhode Island College, given that Franck Sanchez plans to quit his job later this year.

Much has been said about former DelGiudice boss, retired U.S. Rep. Jacques Langevin, could be a candidate to succeed Sanchez as president, though the board should remove the requirement that the college president must have a Ph.D.

The Globe in Rhode Island

⚓ A piece of Newport’s beloved Cliff Walk collapsed on Thursday, breaking into the ocean. Read more.

⚓ The more he heard about the case of a Burrillville man accused of storing over 200 guns and shooting into neighbors’ yards, the more this US District Court Chief Judge John J. McConnell Jr. said the word “breathtaking”. Read more.

⚓ Amazon is walking away from a deal that would have opened a physical store in Providence Place, dealing another blow to the three-story mall in the heart of downtown. Read more.

Also in the Globe

⚓ The Globe celebrates its 150th anniversary today with this interactive look back at our history. You’ll want to spend some time on the 1917 crossword puzzle. Learn more.

⚓ Pickleball > Netflix. Don’t miss by Beth Teitell latest on the sport that is about to take over your life. Read more.

⚓ My colleague James Pindel writes that the former president donald trump may have cost the Republicans control of the US Senate (again). Read more.

what is there today

Email us the events at [email protected]

⚓ Climate Jobs RI is hosting a virtual panel at 1 p.m. with researchers from Cornell University to discuss recommendations for a worker-friendly renewable energy transition in the state. You can RSVP here.

⚓ There is an International Women’s Day celebration event at the State House at 3:30 p.m.

⚓ The Warwick Public Library is hosting an information session for the Rhode Island Rent Relief program tomorrow at 1 p.m.

Governor Dan McKee bets his ability to speak the mayor fluently will secure him a four-year term. If you missed the column, you can read it here. And all of my columns are on our Rhode Island Commentary page.

Ed Fitzpatrick speaks with the Secretary of State Nellie Gorbea on his campaign for governor. Listen to all of our podcasts here.

Thanks for reading. Send your comments and suggestions to [email protected], or follow me on Twitter @DanMcGowan. See you Monday.

Please tell your friends about Rhode Map! They can register here. The Globe offers other email newsletters on topics ranging from news alerts to sports, politics, business and entertainment – Check them.

Payday loans: what are they and how do they work?

Yandex: the Russian search engine warns that it could be lacking