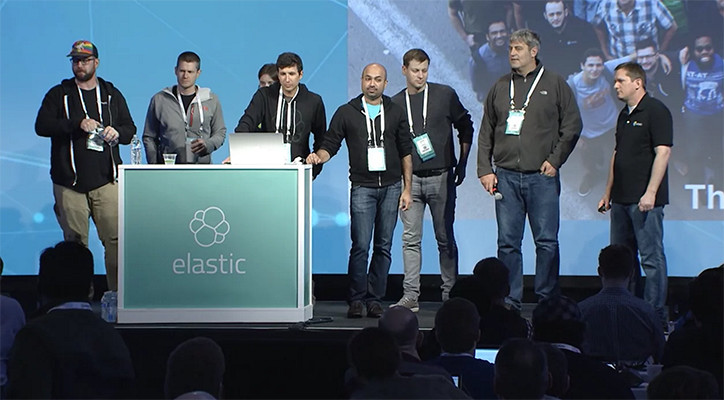 Elastic, the company that offers open-source data visualization and research software, filed an initial public offering with the U.S. Securities and Exchange Commission earlier this month. According to its updated prospectus, the tech company intends to list its shares on the New York Stock Exchange under the symbol “ESTC”.

RBC Capital Markets, JP Morgan, Barclays and Goldman Sachs are the co-managers of the offering books. The underwriters also obtained an option to purchase an additional 1,050,000 shares at the offer price.

Elastic is best known for its Elasticsearch search engine which allows organizations to instantly find relevant information and insights. The company offers the platform as part of a package called Elastic Stack, which includes three data management tools.

Among them is the Logstack engine, which is used to ingest recordings from external sources. The other two are the Beats data aggregation system and the Kibana visualization tool.

Elastic generates revenue from customers / businesses who pay subscription fees to use its services. Most of its revenue comes from companies located in the United States, such as Uber, Sprint, Walgreens, Merck, and Adobe. Customers have downloaded its products more than 350 million times since January 2013, according to the company.

According to International Data Corporation (IDC), Elastic’s market opportunity is quite large at $ 45 billion this year. Its market drivers include adoption of cloud infrastructure, digital transformation, increases in security and software spending, data availability, and demand for prescriptive and predictive analytics.

Elastic plans to use the proceeds of its IPO as follows: “We currently intend to use the net proceeds of this offering primarily for general corporate purposes, including working capital, research and development, sales and marketing activities, general business. and administrative and capital expenditure, although we currently have no specific plan regarding the use of the proceeds for these purposes.

The company was founded in the Netherlands in 2012 and employs 994 full-time workers in 35 countries around the world. Its headquarters are based in Mountain View, California, while Amsterdam serves as the hub in Europe.

The management is led by co-founder and CEO Shay Banon. Steven Schuurman, who also co-founded the company, stepped down as CEO in 2017 but is still a member of the board.

How to Search the Web Using Pictures Only