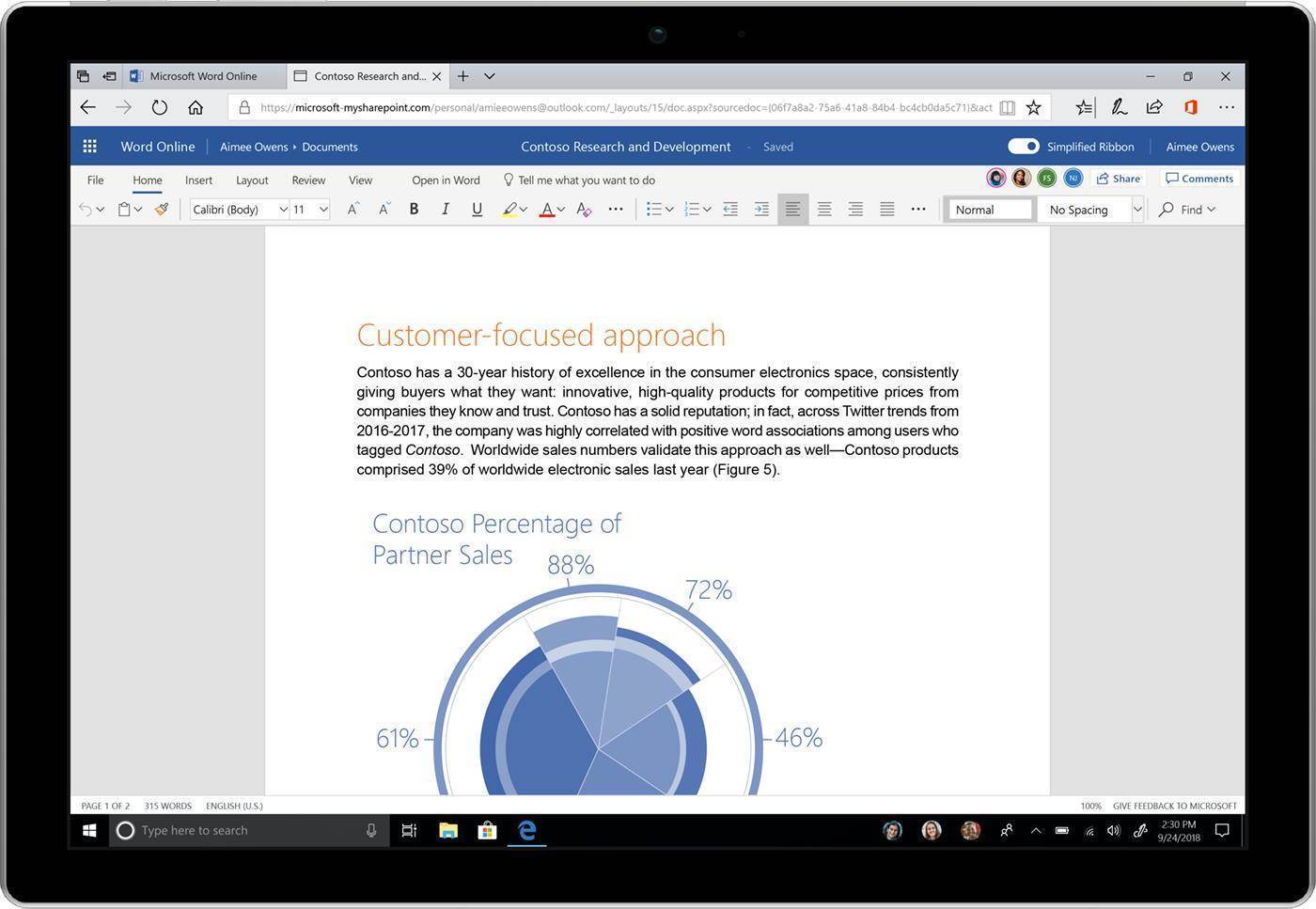 Microsoft will be redesigning its Office.com and Office 365 software-as-a-service productivity suites over the coming months, with some customers having access to new features for testing, validation and improvement.

A simplified, smaller pop-up ribbon is the first change to be rolled out in the web version of Microsoft Word for consumers on Office.com.

The ribbon can be extended to the three-line view used in current versions of Office, if users prefer it.

Windows Insider Early Adoption Program users will receive the new Outlook ribbon in July of this year; Word, Excel, and PowerPoint for Windows won’t get the new ribbon yet, as Microsoft believes it needs to be very careful with these programs so as not to interrupt users’ muscle memory.

An improved search feature that uses artificial intelligence and the Microsoft Graph API for recommendations has already been deployed for Office.com, SharePoint Online, and Outlook mobile; Outlook on the web business customers are expected to see the new search in August of this year.

Finally, Microsoft has given its productivity suite a makeover as well as new icons that are now created as scalable graphics so they can work on screens of all sizes. Again, the new look will appear on Office.com first.

Later in June, Word, Excel, and PowerPoint for Windows will receive the new colors and icons, with Outlook for Windows and Mac getting them in August.

Jared Spataro, who heads Office and Windows Marketing, said â€œthe three Csâ€ were the guiding principles for the redesign.

Spataro explained that for the new design effort, Microsoft researched and analyzed customer feedback, and gave them access to concepts and participation in creating the new look for Office 365.

The context – by which Microsoft intends to look in and what people work with, in order to present relevant features – and the control that turns specific features on and off are the other two Cs driving the redesign.

Regardless of the Office 365 redesign, Microsoft has said that the Office 2019 preview for commercial Mac customers is ready to go.

Microsoft has said the Mac variant of its Office productivity suite is expected to ship with Office 2019 for Windows in the second half of this year.