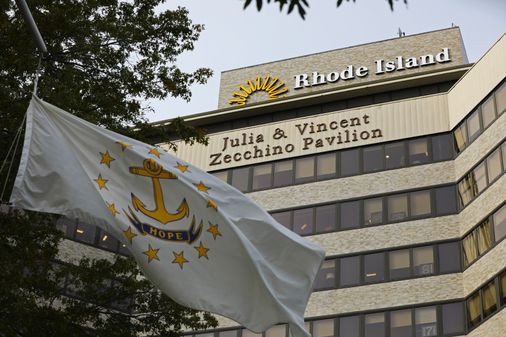 PROVIDENCE — Less than two months after the attorney general’s office rejected a proposed merger between the state’s two largest hospital groups, Lifespan Corp. announced that President and CEO Dr. Timothy J. Babineau would step down on May 31.

At the request of Lifespan’s board of directors, Babineau will remain as a consultant to the hospital system until the end of September. The council will appoint an interim leader in the coming weeks and conduct a nationwide search to identify his successor, according to a news release.

“Dr. Babineau has led Lifespan with integrity, vision and courage over the past decade, particularly during the last two years of the pandemic,” said Lawrence Aubin Sr., Chairman of Lifespan’s Board of Directors. Through his leadership, Lifespan has reached new heights and become the preeminent healthcare system in the state and region. The Board of Directors owes him a debt of gratitude for his tireless and enthusiastic leadership, and we wish him the best for the future.

Get the Rhode MapA weekday briefing from seasoned Rhode Island reporters, focused on the things that matter most about the Ocean State.

Babineau was a key spokesperson for the planned hospital merger between Lifespan and Care New England, which included a minimum $125 million contribution from Brown University. But the deal fell apart in February when the attorney general’s office denied the request and the Federal Trade Commission voiced its own opposition.

While Babineau and Dr. James E. Fanale, president and CEO of Care New England, said a health care merger between the two larger systems would be beneficial and increase the quality of care in Rhode Island , regulators have said a merger of its size would hurt consumers by creating a healthcare giant that has a stranglehold on the local market.

Prior to their latest merger attempt, Babineau had spoken out against outside entities interested in acquiring Care New England, such as Boston-based Partners, now known as Mass General Brigham. Babineau, at the time, made it clear that he believed an out-of-state entity would push jobs and specialty care out of Rhode Island.

Babineau received $2.2 million in 2019 according to tax documents for Lifespan, which is the most recent year available.

Babineau took over as Lifespan’s third president and CEO in August 2012 after the board voted unanimously to approve him. At the time, he was President and CEO of Rhode Island Hospital and Miriam Hospital. He was also a professor at Brown University’s Warren Alpert Medical School.

Babineau succeeded George A. Vecchione, who announced in October 2011 that he was leaving Lifespan after 13 years in senior management. His salary at the time was $2.9 million. Babineau’s appointment came after an eight-month nationwide search led by a 13-member search committee made up of board members, higher education representatives and physicians.

Scott Laurans, then chairman of Lifespan’s board of directors, said in 2012 that Babineau was a “talented leader who had the vision and expertise to guide Lifespan’s future strategic direction.”

“Dr. Babineau will guide the strategic direction of the system, build on its already strong quality and safety program, and continue to focus on system integration to provide our patients with the best possible care experience,” said Laurans said when he announced that Babineau would take over Lifespan “He will continue to work towards closer alignment with physicians to better meet patient needs and provide the most effective and efficient use of every dollar spent.” to health care.

Babineau had previously served as a trustee of the University of Massachusetts and a member of its audit and finance committee.