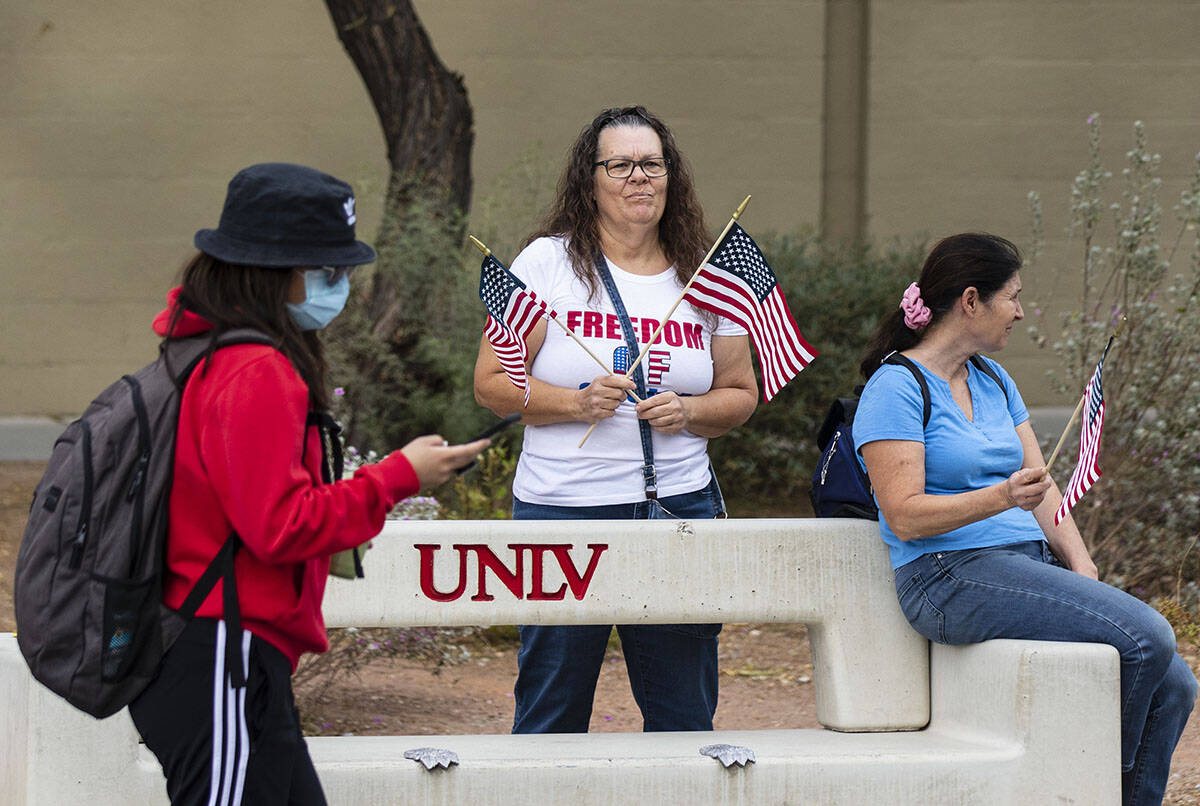 Nevada’s higher education regents decided Thursday, in a 10-3 vote, to repeal a mandate to vaccinate employees against COVID-19.

The action comes less than a year after the requirement of more than 20,000 employees in Nevada’s higher education system went into effect. The Regents approved an emergency code review in September 2021 and a permanent review in December 2021.

Higher education employees had a deadline in December to provide proof of vaccination or receive a medical or religious exemption. Those who did not comply were fired.

A total of 209 employees have been laid off, officer in charge Crystal Abba told the board on Thursday.

There was no discussion at the meeting about what the repeal of the warrant might mean for those who were fired before.

Nearly 97% of the system’s 22,359 employees are vaccinated, according to an online data dashboard. And 711 have an approved exemption.

Regents also voted on Thursday to pass a resolution saying the higher education system is committed to following state COVID-19 mandates, will encourage its community to stay current on vaccinations, and that each president can decide the health and safety measures for their own campus.

The chancellor’s office supported repealing the vaccination mandate and passing the resolution, according to online meeting documents.

The previously adopted code outlining vaccination requirements said the regents would reconsider the mandate before the start of the fall semester. It also offered the possibility of seeing it again “as the emergency conditions underlying the COVID-19 pandemic improve significantly”.

Last month, the Southern Nevada Health District said there was a high level of COVID-19 community spread in Clark County and recommended wearing a mask in indoor public places.

In December 2021, five regents called for a special meeting to reconsider the requirement after the state Legislative Commission failed to pass a permanent COVID-19 student vaccination measure to replace a provision of emergency expired.

But the regents were deadlocked in a 6-6 vote, which essentially meant the employee vaccination requirement remained in place.

The system offered the regents two options at a meeting in late May – keeping a vaccination requirement for new employees and scrapping the requirement for suppliers and contractors, or a complete repeal.

In a discussion in May, officials emphasized communicating the importance of vaccines to employees and students, Abba said.

As for the resolution, it is important to understand that it does not grant additional authority that does not already exist, she said.

Abba said system officials viewed the elements – repealing the vaccination mandate and passing a resolution – as a pair and urged the council to consider them both.

Geddes said he believed the vaccination mandate was necessary for the safety of faculty, staff and students. He also said he doesn’t think the resolution goes far enough.

Doubrava said that as a doctor he believes in vaccines and will stick to his original position of maintaining the mandate.

Regent Byron Brooks said he was in favor of repealing the vaccination policy, which he called outdated. With the resolution, why would a school provide a mandate beyond what the state itself requires? He asked.

Acting Chief General Counsel Jimmy Martines said it’s important to recognize that certain things can happen on a campus and require a president to use his or her authority to ensure the safe and successful operation of the campus.

He gave the example of an outbreak in a dormitory — a situation the governor’s office wouldn’t issue a directive on because it’s more of a local issue, he said.

Regent Amy Carvalho has said she favors repealing the vaccination mandate. She said she thought it was the right thing to do at the time, but it’s hard to keep applying it and so much has changed since it was approved.

Also on Thursday, the Regents hired Robert Kilroy — senior assistant general counsel for the Nevada State Board of Medical Examiners — as the new chief of staff/special counsel. Regent Patrick Boylan voted “no”.

Kilroy was hired on a 12-month contract with a starting annual base salary of $208,942.

After the vote, Kilroy told the council that he would like to express his gratitude. He said he would come to work every day looking to build a strong team so the Board of Regents could be its most effective yet.

Kilroy said he wants regents empowered to make the higher education system the ‘jewel of the west’ where everyone wants to come and learn.

Dean Gould retired from his post in December 2020 after being criticized for telling a regent earlier that year to stop with her “child talk”. Keri Nikolajewski served as acting chief of staff.

The search process previously failed and was then restarted. It came after Las Vegas attorney James Dean Leavitt – who served as regent for 12 years, including a stint as chairman of the board – alleged his candidacy had not been legally vetted .

Boylan said at Thursday’s meeting that he agreed with a written public comment, which was not read into the minutes, that the research was not appropriate. He said the three finalists, however, were highly skilled.

“It’s the only way to avoid the start of immediate litigation,” Leavitt wrote.

Boylan said the research process was “another big black eye for this advice” and asked if an investigation could be conducted.

“I find that very hard to swallow,” he said. “This whole event is more than staggering to me.”

Boylan said he would abstain from voting and then asked if he could instead briefly absent himself from the meeting during the vote. But after legal advice, he voted “no” instead.

Also on Thursday, the council also decided to create a committee to review the roles and responsibilities of the chancellor.