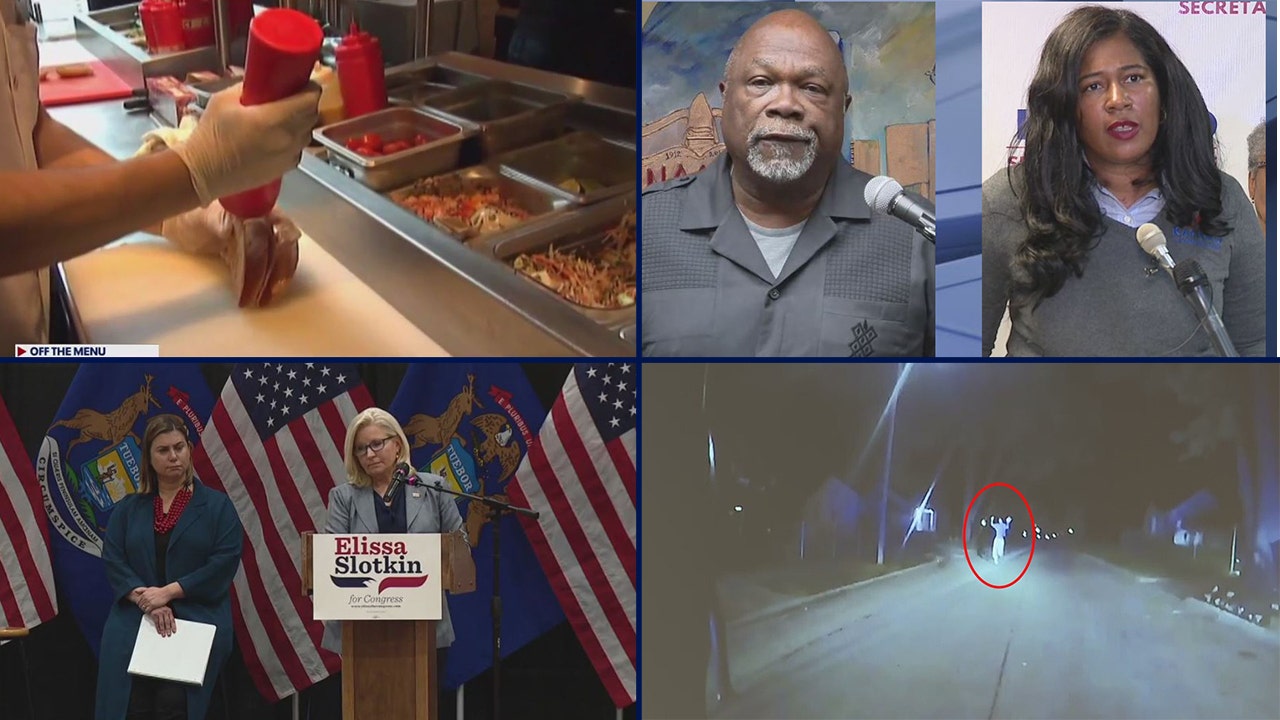 Councilman Scott Benson’s measure would have required Detroit restaurants to post a color-coded sign outside of their business.

WEDNESDAY NEWS – A proposed ordinance requiring restaurants to release their health inspection ratings is off the menu in Detroit.

The city council voted 6 to 3 to reject the measure that Scott Benson has been advocating for three years.

“It’s really important,” Benson said. “All you have to do is go back to 2018, to Popeyes selling meat bloated with parasites. You have to go back to 2021 last year, to Church’s Chicken. They were selling rotten, moldy old meat.”

And who could forget that the famous Lafayette Coney Island was closed in September after videos of rats inside the restaurant surfaced on social media.

Benson’s measure would have required restaurants in Detroit to display a color-coded sign that would display outside of their business.

But many saw the ordinance as too burdensome for businesses.

“The ordinance does nothing more than create an uneven playing field, exempting food trucks, pop-up restaurants, gas stations that provide prepared meals, and pitting them against brick-and-mortar establishments,” said one. criticism during a public comment.

Benson says more than 90% of restaurants in Detroit have passed their health inspections. And similar ordinances boosting transparency and food safety are in place in cities like San Diego, San Francisco and Columbus, Ohio.

Detroit will not join them yet.

“While today was a setback, it’s not the end,” Benson said. “So what we’re going to do, we’re going to go back and look and see how we can get something like this through, and something that my colleagues will support, at least five of them.”

“Despite my opposition to the order at this time, I support my colleague, Member Benson, in his attempt to improve public safety with respect to food service,” she said. “While I cannot support the order in its current form, I am committed to finding a solution that will result in improvements to our ability to protect the public.”

Sheffield also said the measure could return in another form next year if certain changes are made to it.

If there’s any sign of the weirdness of the election, it’s the competition round of endorsements in the race for the 7th congressional district. Elissa Slotkin, a Democrat, received an endorsement for the seat from Republican Liz Cheney last night. And two days ago, his Republican opponent Tom Barrett was backed by former Democratic Party member Tulsi Gabbard.

The race, which has become one of the most expensive in the country, presents an exciting window into the political season just a week before the election. Tens of millions of dollars are funneled into the race, which features a two-time starter battling a well-known State House representative.

While the race is local to citizens of counties surrounding Lansing and along the I-96 corridor, it also has national implications with the balance of power in the United States House expected to shift from Democrats to Republicans.

This week, Gabbard appeared in a campaign video endorsing Barrett after leaving the Democratic Party in September. Cheney visited East Lansing to strain for Slotkin last night. Learn more about the event here.

The NAACP is calling Kristina Karamo for her lawsuit that seeks to stop Detroit from voting by mail. The Reverend Wendell Anthony, president of the Detroit chapter of the civil rights organization, said the lawsuit, which was filed last week, is only meant to disenfranchise voters in the city.

“There is no evidence of voter fraud, there is no pattern of mail-in voting abuse,” he said. “It’s simply a lawsuit seeking violation. It’s not voter protection, it’s really voter suppression.”

Karamo made several unsubstantiated allegations about fraudulent ballots and shady voting practices in the city during his Monday press conference. Her position as the Republican Party’s nominee for Secretary of State makes the lawsuit significant since it comes from someone who is running to govern Michigan’s electoral systems for the next four years.

Neither Janice Winfrey nor city of Detroit election officials have commented on the lawsuit. But Anthony made it clear on Tuesday that he would not tolerate voter intimidation or any effort to prevent registered voters from having their voices heard. In Detroit, 47,000 mail-in ballots were received by the clerk, the secretary of state said.

The family of a 20-year-old man who was fatally shot by Detroit police while in the midst of a mental health crisis is suing the department for $50 million. Porter Burks was shot 38 times by four police officers after he charged them with a knife in October.

Attorney Geoffrey Fieger chastised the department for failing to identify the officers involved in the shooting. “You don’t even have to be a police officer to realize that there must have been 1,000 different things that could have been done other than shooting him,” he said.

Body camera footage of the incident was released shortly after the shooting, sparking public outcry over the use of force. Chief James White defended the officer’s actions.

It could take up to 2.5 years before this case is heard in the courts of Wayne County. Fieger said they may also file another separate lawsuit in federal court for civil rights violations.

More fallout from the UM-MSU brawl

A total of eight Michigan State players have been suspended for their role in the alleged assault on University of Michigan players after Saturday’s game.

Four additional players were suspended on Tuesday afternoon: Malcolm Jones, Justin White, Jacoby Windmon and Brandon White – in addition to the original group of Tank Brown, Khary Crump, Angelo Grose and Zion Young while police investigate. The State of Michigan announced that the suspensions will remain active until the investigation is complete.

Gemon Green, the University of Michigan footballer seen being attacked by Michigan State University players after Saturday’s game, has hired an attorney. Video showed a fight involving at least 10 MSU players when two U of M players entered the tunnel at Michigan Stadium. Green suffered a concussion.

“Not only does Gemon Green deserve to be compensated for his injuries, but the serious consequences in this case will deter others who might think they can get away with brutally beating an opposing player and getting tapped on the wrist. I have news for the MSU players who did this to Gemon. They are going to feel the full extent of the law,” his attorney said.

Temperatures are warming up for an off-season start to November. This week will be full of temperatures reaching the 60s and 70s – the first time a full week in November has ever done that in Michigan.

Rich Luterman has the forecast.

What else are we looking at

The first edition of the American Constitution put up for auction

A copy of the first edition of the US Constitution from 1787 – one of only two still in private hands – will be auctioned by Sotheby’s next month and is expected to land bids of up to $30 million.

Thirteen of them still exist, 11 of which are on public display at various locations, including the Historical Society of Pennsylvania, the Library of Congress, the Delaware Hall of Records, and the Huntington Library.

Last year, Sotheby’s auctioned the only other private copy for $43.2 million to Chicago hedge fund billionaire Kenneth Griffin, who loaned it to the Crystal Bridges Museum of American Art.