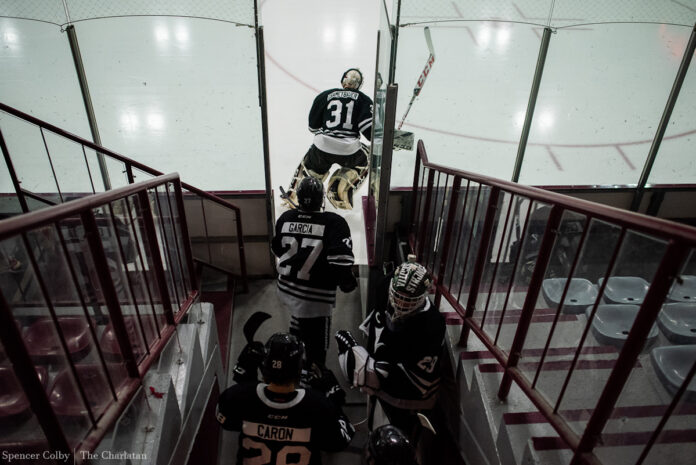 Researchers at the University of Waterloo are developing an artificial intelligence (AI) system to track sports statistics.

A new addition to this system is the doctoral student Kanav Vats thesis project, which identifies and tracks ice hockey players using multitasking learning. Multitasking is a method of machine learning that teaches computers to do certain tasks together.

Vats, an international student from India, is doing his doctorate in machine learning and computer vision. He obtained a bachelor’s and master’s degree in applied mathematics from the Indian Institute of Technology Roorkee.

He completed his co-op program at Waterloo while completing his master’s degree. During his studies, Vats worked on pose estimation in ice hockey, the process by which a computer understands a player’s orientation. He was interested in the overall hockey player tracking project, saying the challenge was what intrigued him.

â€œWhen it comes to sports analysis, you can apply a lot, you can learn a lot in computer vision because it’s applied simultaneously,â€ Vats said. â€œYou learn a lot of problems together. “

He returned to the same University of Waterloo lab as a doctoral student to work on his player identification project.

The project’s hypothesis is that using multitasking learning to identify hockey players can improve the accuracy of computer estimation.

The system then integrates these numbers into the larger system being built by the Vats laboratory in Waterloo.

According to Vats, the system is like a pipeline with different sections, each performing a task in the player tracking process.

â€œEntering the pipeline is a broadcast,â€ Vats said. â€œAfter that we follow the players using a tracking algorithm, we get the leads of each individual player who is skating. After that, we identify which team they belong to.

Then it’s about identifying each skater as a specific player. One of the challenges of identifying players is their similar appearance. Unlike sports like basketball or soccer, hockey players wear large pads. They all have matching helmets, face shields, and gear covering their arms, hands, and legs.

The only distinguishing feature of the players is the number and name on the shirts. Vats used multitasking learning to train the system to identify each number.

The AI â€‹â€‹network has received a dataset of tens of thousands of images of hockey players. The AI â€‹â€‹then learned to identify the two-digit number in its entirety and as individual digits. This multitasking method of learning allows the computer to better estimate the result.

Currently, analysts spend hours manually tracking hockey games and painstakingly recording each player’s location on the ice after each shot. With an AI system, this job can be done in minutes.

The NHL is implementing a sensor-based player tracking system. Each player has a sensor built into their pads which is tracked by a mix of receivers and cameras. Although the system is precise and fast, it is also expensive.

â€œThe NHL can afford that kind of system, but it’s really expensive,â€ said Vats. â€œThere are other leagues that don’t have the financial means to use this kind of tracking system. A system that only uses computer vision is a cheaper alternative because all you need is video. “

The Vats system opens up the possibility of extracting more data from more matches and leagues than ever before. Video-recorded games can have advanced stats mined at a much lower cost and in less time, an alluring prospect for scouts trying to analyze gamers around the world.

The team has many steps to take as they continue to improve the system. Vats said the team is exploring ways to improve the accuracy of player identification.

“We are looking to see if the location of the players on the ice can refine our search,” he said.

Players do not move randomly. Since some players occupy specific areas of the ice, combining knowledge of where players often skate could improve identification accuracy.

The team plans to publish their dataset so that other researchers can supplement their work in the future. They said they believe the system can be adapted to other sports as well.

GBT is now in the process of designing its long range radio system, GEN

Administration of Maine university system criticized by staff and faculty