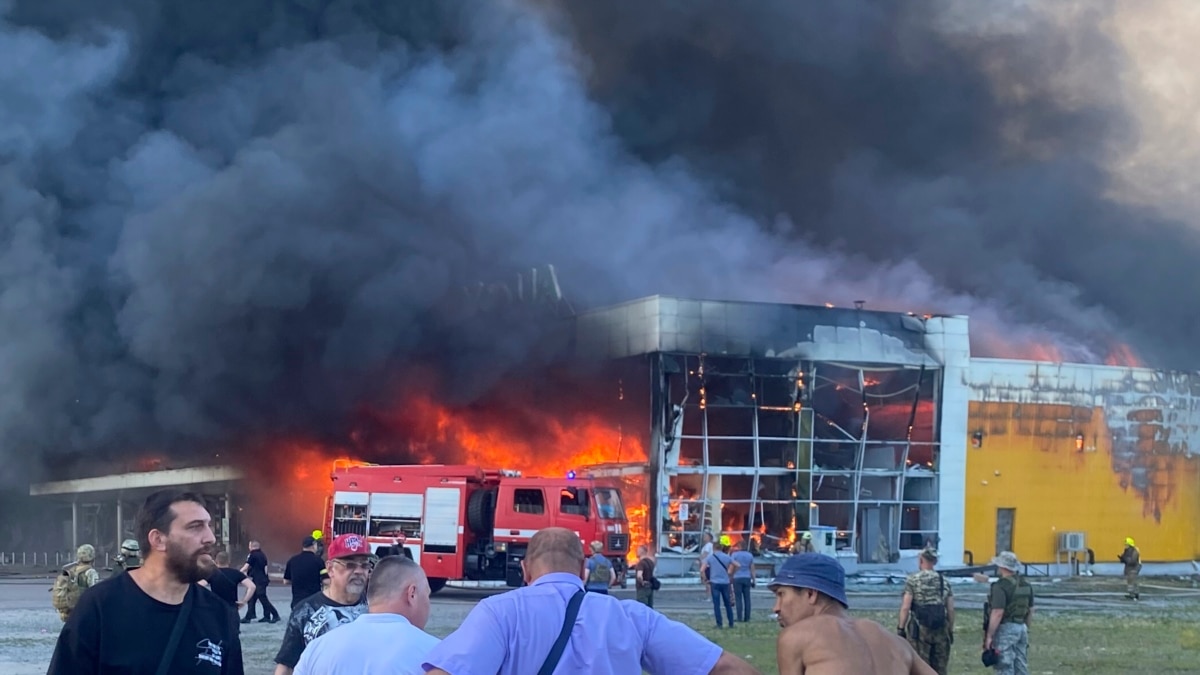 Zelenskyy calls for missile defense system ahead of NATO talks

Ukrainian President Volodymyr Zelenskyy said on Tuesday he had stressed the need for a “strong missile defense system for Ukraine to prevent Russian terrorist attacks” during talks with the NATO chief.

The phone call with NATO Secretary General Jens Stoltenberg came ahead of the start of a NATO leaders’ summit in Madrid, where Ukraine is expected to be among the main topics of discussion.

“At our NATO summit, we will strengthen our support for our close partner Ukraine, now and in the longer term,” Stoltenberg tweeted after speaking with Zelenskyy. “NATO allies are on your side.”

Stoltenberg said on Monday that the Western military alliance was declaring a sevenfold increase in the number of its troops on alert, from 40,000 to more than 300,000.

Rescue teams in central Ukraine worked on Tuesday to search for survivors at a shopping center where Russian forces carried out a missile strike on Monday, killing at least 18 people.

Zelenskyy said there were more than 1,000 civilians inside the shopping center in the city of Kremenchuk at the time of the attack, which he called “calculated”.

“It’s not an accidental hit, it’s a calculated Russian strike exactly on this mall,” Zelenskyy said Monday in his nightly video address. He added that the strike “is one of the boldest terrorist attacks in European history”.

Zelenskyy had earlier said on Telegram that the number of casualties is “impossible to imagine” and said the mall, in a town 300 kilometers southeast of the capital, Kyiv, was “no danger to the public”. ‘Russian army, no strategic value’.

US Secretary of State Antony Blinken tweeted: “The world is horrified by the Russian missile strike today, which hit a crowded Ukrainian mall – the latest in a series of atrocities. We will continue to support our Ukrainian partners and hold Russia to account, including those responsible for atrocities.

UN spokesman Stephane Dujarric called the attack “deplorable” and said the UN Security Council would meet on Tuesday at Ukraine’s request after the attack.

Leaders of the Group of Seven’s major industrialized economies closed a meeting in Germany on Tuesday by expressing support for Ukraine and pledging to “continue to impose severe and immediate economic costs on President (Vladimir) Putin’s regime.” for its unjustifiable war of aggression against Ukraine”.

The statement said G-7 countries will redouble their efforts to address the wider impact of the war, including on global energy and food supplies.

The leaders also said they would consider ways to ban services “that enable the shipping of Russian crude oil and petroleum products around the world, unless the oil is purchased at or below a price to be agreed in consultation with international partners”.

They said such a plan would allow the most vulnerable countries to retain access to Russian energy markets.

In addition to efforts to reduce dependence on Russian energy supplies, rounds of sanctions already in place have targeted Russian energy exports both to pressure Russian leader Vladimir Putin to end the war and to attempt to hinder Russia’s ability to finance its war effort.

Some information for this report comes from The Associated Press and Reuters.

Analysis, characterization and quantification of market research on search engines and main suppliers such as – Designer Women